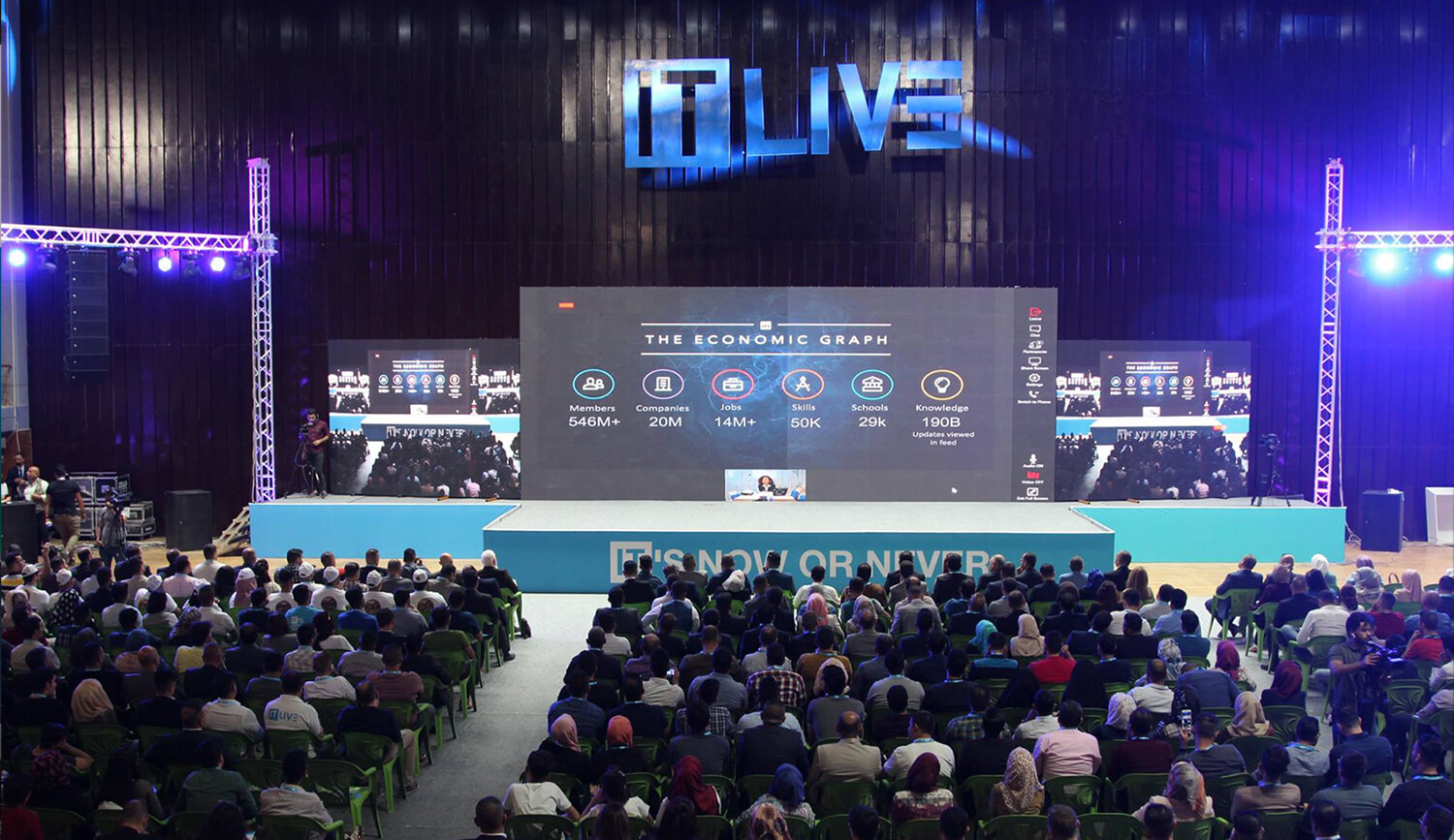 EarthLink recently provided Platinum sponsorship to the first and biggest Multi-Technical forum in Iraq, IT Live.
In addition to educating users about the reality of global technology and its potential to benefit from the development of the telecommunications sector. The forum is concerned with creating a community of technology experts to share experiences and skills. And, with more than three thousand people at the event. The forum was able to gather together a wide range of groups and individuals interested in ICT, from leading international specialists to students and enthusiastic amateurs.

Why sponsor IT Live?

“EarthLink is interested in participating in any technology conferences or workshops,” said Ahmed Shaker Al-Saadi, business consultant at EarthLink. “IT Live,” he continued, “is the first Iraqi forum to specialize in information technology and networks in all branches. And this sponsorship came from our firm belief in the importance of modern technology and its role in the modern world.”
Al-Saadi added that the presence of experienced speakers in this sector was tangible and influential. As we seek to adopt and support their ideas and projects – so too was the presence of major companies in the technology and other sectors. Such high-profile participants drew attention to the significance of the event as a modern interface with no government support and no backing from international organizations. Hence EarthLink’s decision to offer its services as a Platinum Sponsor.
“Thus we extend our thanks to the organizers, volunteers, and speakers and to all individuals and companies whose primary aim is to focus on technology to achieve the best.” said Al-Saadi. And concluded that EarthLink was “always ready to provide support in this field in our belief in its importance.”

What is the role of the IQB project?

Dr. Alaa Jassim, Executive Director of the National Internet Project, said: “Our interest in participating in the forum stems from the fundamental benefits that can be achieved in the exchange of experiences and expertise. And in presenting the latest technology in the presence of elite of employees from local and international companies. As well as the government sector and private individuals.”
He added that the forum included lectures on the latest technology in various fields. And that the national Internet project would be presented as the latest and largest infrastructure network (owned by Iraq) in the region. It was also presented at the forum to allow specialists from institutions and individuals to make the most of it.

The project, which was carried out entirely by Iraqi experts, used modern co-called DWDM technology produced by Cisco. This technology gives about 2000% more than could have been given by Iraqi technology before the establishment of the project. In addition to the adoption of the latest generation of messaging protocols, Internet and SDN technology. And the launch of many applications and technologies that did not previously exist in Iraq. We are proud that Cisco International announced on its official website that having participated in the reconstruction of Iraq’s most extensive network of communications infrastructure and Internet was a source of pride.
Dr. Alaa Jassim concluded by saying, “Our extensive participation in IT Live has launched an initiative to support young people. And we are ready to offer our services free of charge to any pioneering idea presented by the Forum that benefits the community and is endorsed by IT Live Management.”