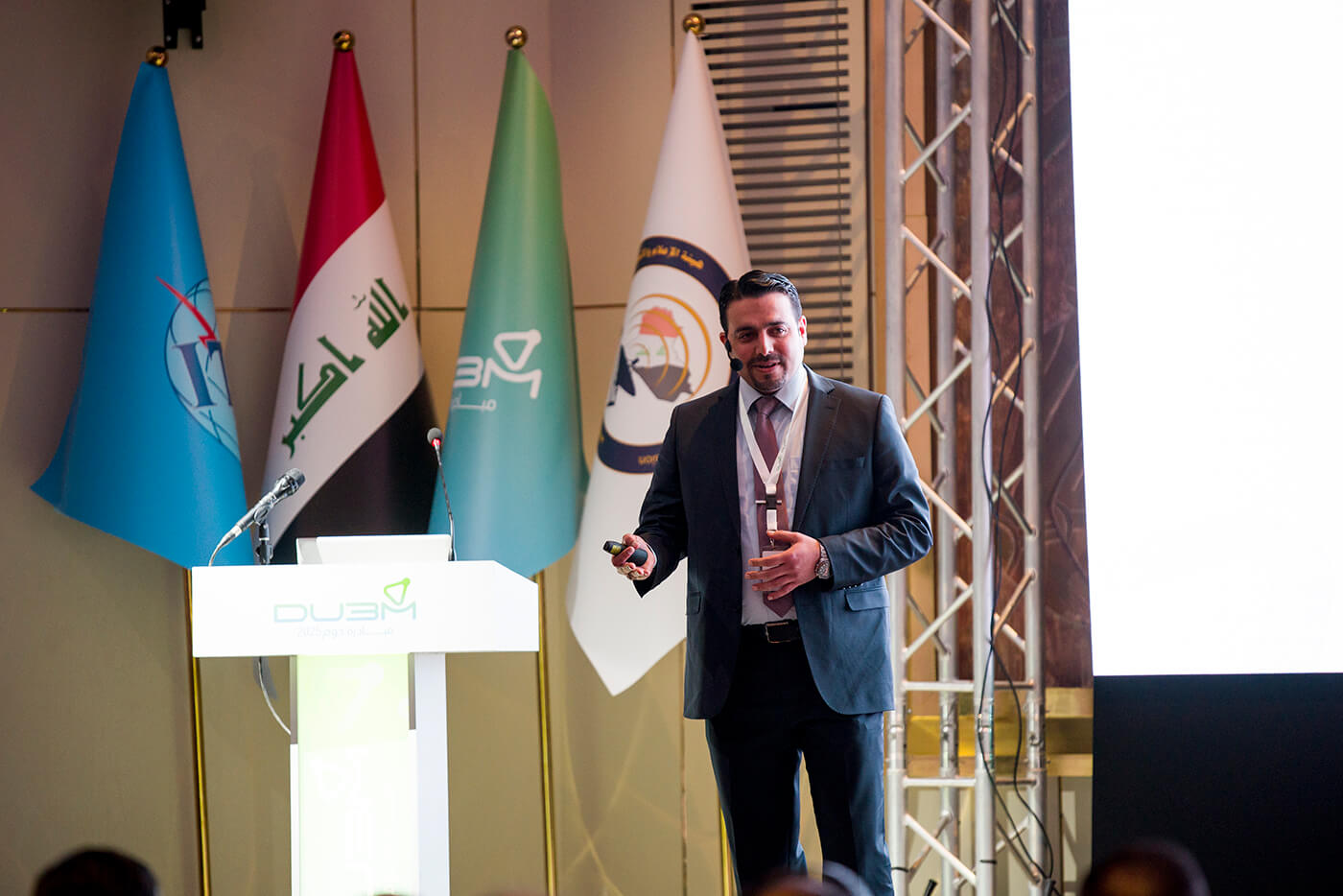 On Monday, January 14, a conference took place in Bagdad to launch the Iraqi government’s DU3M communications and technology initiative. The event was attended by high-level Arab and international government figures. The initiative – which is expected to run until 2025 – aims to achieve a developed and integrated information society able to keep pace with worldwide developments in IT and communications. This will be achieved through an interrelated network of individuals trained in diverse skills in a way that supports the improvement of the Iraqi economy.

Communications and Media Commission (CMC) official Mr. Hussien Zamel said that the DU3M initiative was a strategic project to develop information and communications technology in Iraq, launched by the CMC, which drew up the plans and laid the foundations in collaboration with the Council of Ministers Advisory Commission and the State Board of Antiquities and Heritage (SBAH). The DU3M name represents the historical and cultural legacy and heritage of Iraq, where the word Du meaning “to build” in Sumerian and the letter “M” from the word for “future” in Arabic combine to become DU3M, meaning “to build the future.”

Mr. Zamel added that “the initiative includes another group of projects to be announced at the official conference in Baghdad’s Babylon Hotel on Monday, January 14, 2019, in the presence of the Secretary-General of the International Telecommunication Union (ITU), Houlin Zhao, along with a group of Iraqi officials to formally launch the initiative and explain its goals and future projects and what has been accomplished.”

What will Earthlink contribute to DU3M?

Earthlink joined DU3M to develop communications and the internet sector as well as internet applications and, most important of all, to develop the telecommunications infrastructure. The initiative will play a role in developing different sectors such as health, education, agriculture, trade, and banking by activating e-governance and other e-services.

Mr. Zaid Mahdi, the Commercial Department Director at Earthlink, said: ”We thank the communications and media commission for presenting the DU3M initiative, which contains a huge number of projects that include developing telecommunications infrastructure, offering 4th and 5th generation services, united datacenters, and other projects that will contribute directly to creating real partnership between  government and the private sector, which will empower Iraq’s position in information technology both regionally and internationally.

“We have chosen a long, difficult adventure and invested all Earthlink’s resources in accomplishing the IQB project in cooperation with the Iraqi Ministry of Communications, which represent a new backbone of communications that will be connected to four international resources of the Internet to provide continuous service with no breakdowns.”