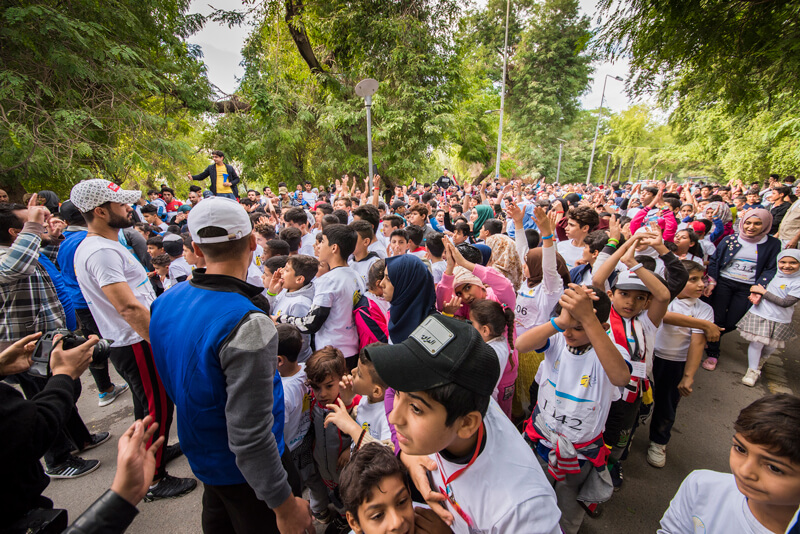 “Al Ghad Al Mashreq” Foundation launched a “small-big step” marathon which is primarily sponsored by Earthlink. It was launched on Friday, 7 December 2018, and it aims to empower orphans as a social segment and involve them in life with their peers.

Mr. Mustafa Fadel, President of “Al Ghad Al Mushriq” Foundation, talked about the reasons for presenting this initiative to the community. He stated: “The foundation’s goal through this marathon is to care for orphans, and provide them with appropriate social and health environment by supporting them, and empowering them physically and morally, and embracing them into the society in a non-traditional way.

The initiative involved a 3 km marathon on Abu Nawas Street in which 1,290 children participated, including 500 orphans from “AL Ghad AL Masherq”  foundation, as well as a group of school-children with their parents. The Earthlink staff were also present with their families. The initiative also included a comic performance by Pompeii’s group and other performances.

The Red Crescent Society also participated in the marathon to ensure the safety of all children who managed to pass the 3 km and complete the marathon. They were providing first aid along the path. Several other organizations, including the Humanitarian Aid Shelter, “Sport Against Violence”, ” For Her” foundation and “our youth” leadership and Development Team”, and ” The Safe House for Creativity” participated.

We’d like to note that the cooperation between Earthlink and. “Al Ghad Al Mashreq” Foundation was not the first. Both organizations cooperated to accomplish the” Your joy is our Eid” campaign. The campaign established a Charity market for children to give them clothes.