Download  our apps
Home / Your joy is our Eid: Earthlink employees’ campaign to draw smiles on children’s faces 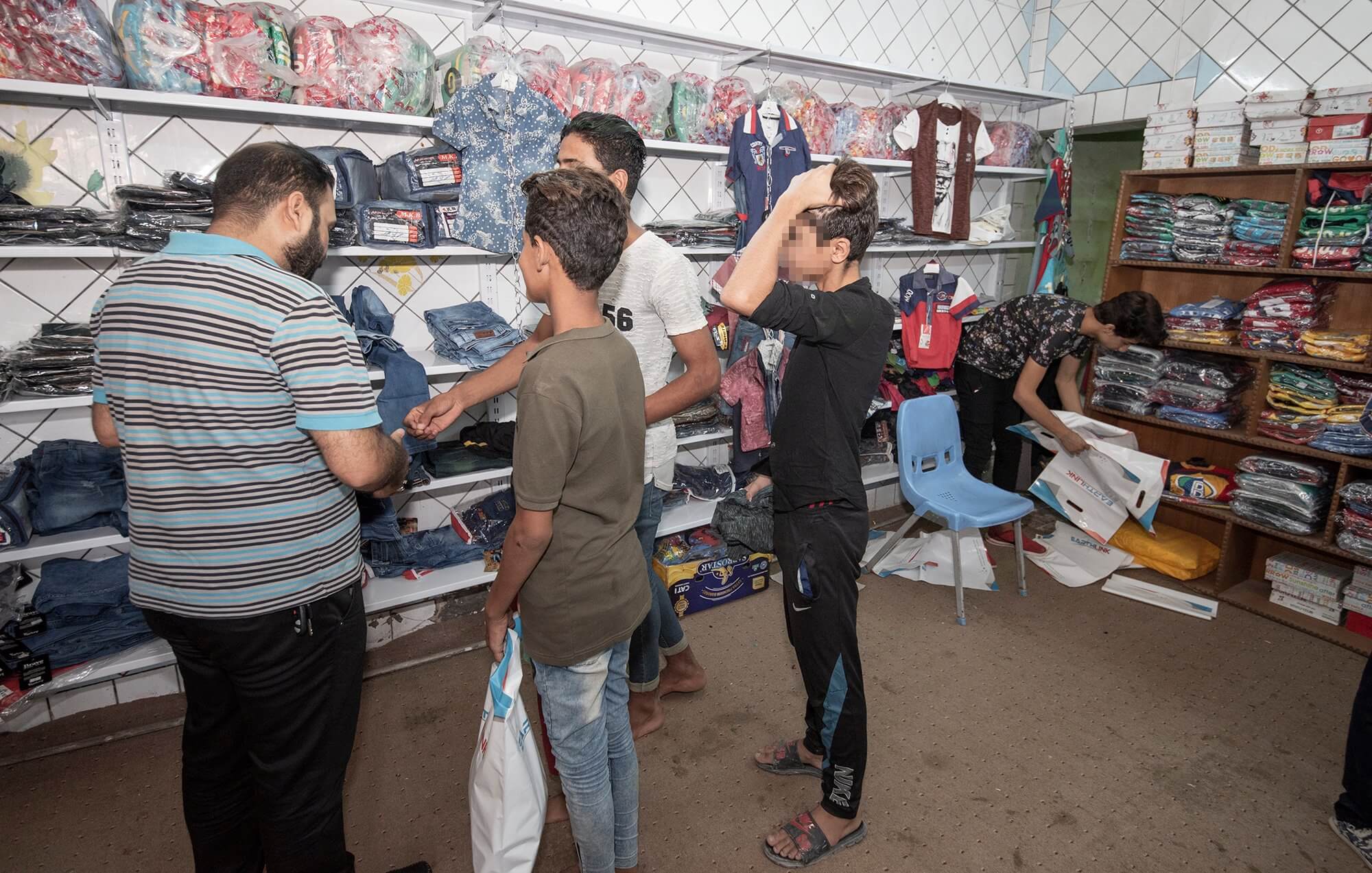 Earthlink employees have donated to “Al Ghad Al Mushriq” organization to implement a charity market that will provide Eid clothes for more than 700 children. Earthlink made a promise to pay double the amount its employees raised to the charity market. After reimbursement of the charity market, the remaining funds were allocated for other charitable campaigns.

The market was held during the holy month of Ramadan, and it lasted for seven days during which activities for children and their families were held in “Al Ghad Al Mushriq” organization “Al Ghad Al Mushriq” organization for orphans in Baghdad Al-Shaab city children had the opportunity to shop in the market by touring the corridors of the institution and choosing what they want from the clothes provided in all sizes and for all ages. They received all the goods for free, as a way to congratulate them on the coming of Eid al-Adha and to draw smiles on their faces.

Why did Earthlink employees support the charity market?

Through philanthropic projects, Earthlink aims at contributing to the achievement of the 17 Sustainable Development Goals in Iraq, in addition to performing its social duty through the implementation of projects that contribute to the creation of a better life. As well as encouraging its employees to cooperate in the implementation of charitable projects that will benefit individuals, institutions, and society. This can impact individuals and institutions and encourage carrying out similar projects.

Al Ghad AlMushriq foundation was established by the end of 2008 and started work by implementing health and food projects, building houses, and establishing small and medium businesses for orphans’ families. The Foundation also provides care for orphans along with financial, social and health sponsorships. Also, it claims their rights and seeks to integrate them with the community in a way that satisfies them. This is through a series of events and celebrations. One of them was: “a small-big step marathon” where Earthlink was a golden sponsor.

It should be noted that this cooperation is not the first for Earthlink. Our company has already collaborated with other charitable organizations on similar projects. One of them is Earthlink’s Campaign for Orphans. A humanitarian campaign that aims to visit orphanages in Baghdad and other Iraqi provinces to realize their basic needs, and help secure them. This campaign was implemented in cooperation with the Safe House of Creativity, founded by human rights activist Hisham Dahabi, and Al Noor Center for Orphans Care in Baghdad – Sadr City.